I some free time and decided to update my web-project branch from trunk (of course along with the 0.7.0 features). After the update I’ve checked that how would it compile against NetBeans 8.2. It did not end up well. It seems NetBeans guys is seriously preparing for Java 9 and project Jigsaw, as their modularization project continued, so I had to face with additional dependencies and new package names. It was not that hard, and I had some time to work on the cell renderers used in the Run Customizer dialog. 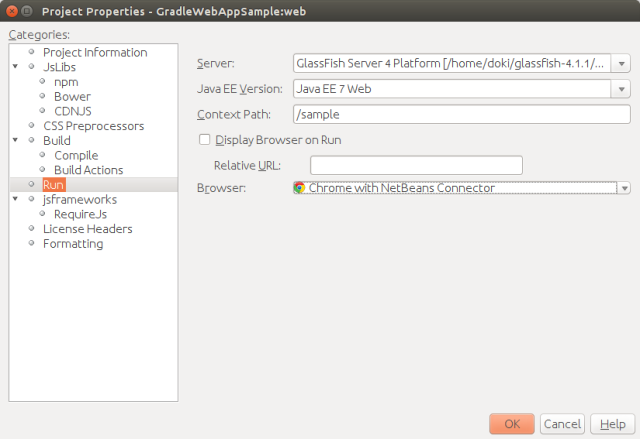 So from now web-projects are being built against NetBeans 8.2.